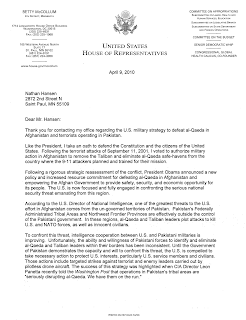 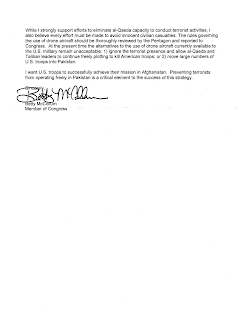 There has been a great deal of talk by Puppet-in-Chief Barry Soetoro about perceived threats related to the proliferation of nuclear weapons. Specifically, that "terrorists" will obtain nuclear weapons and detonate them in major cities around the world.

Let's assume, arguendo, that this is indeed a potential problem and that "Al-Qaeda" is something other than the Arab Legion of the CIA. If one were truly worried about freelance terrorists obtaining nuclear materials, one aspect of such a policy would be to, at a minimum, not contribute to the destabilization of nation-states that do indded possess nuclear weapons and the means by which to deliver them (e.g., missiles).

Pakistan is a country that shares borders with China, Afghanistan, India and Iran. The region has historically had an affinity for China. Pakistan has a population of nearly 170 million people. It possesses nuclear weapons, and missile technology obtained from North Korea that enables it to deliver these nuclear weapons to its neighbors.

For several months I have contacted Rep. Betty McCollum's office about the Soetoro administration's ongoing bombing of Pakistan with Predator drones, which are remote-controlled airplanes. For a long time the administration denied that this was happening even though it was in the newspapers in Pakistan. It turns out that when women and children and unknown others are killed by remote controlled airplanes, it causes quite a stir in the local media. Its estimated that thousands have been killed by these Predator drone attacks. We are not at war with Pakistan, and no war declaration has been made by the U.S. Congress.

My question to Rep. McCollum's Office was essentially: "Do you support this ongoing bombing and destabilization of this nuclear-armed country, Pakistan?" Finally, after many calls, my response arrived. In her letter, Betty McCollum essentially says that the people who perpetrated the crime of 9-11 are in these "Northwest Frontier Provinces" of Pakistan that are "outside the control of the Pakistani government." Rep. McCollum goes on to state that these continued bombings of unknown individuals is "critical." I submit to the Congresswoman that even if Osama bin Laden was hiding in Pakistan and he was carrying the child of the Devil himself and about to give birth, ongoing bombing of this nuclear-armed country does not improve our security.

What Betty McCollum cannot or will not understand is the geopolitics of this bombing of Pakistan and the real reasons behind it. A full explanation is beyond the scope of this article, but in essence the real purpose bombing of Pakistan tribal areas with Predator drones is to destabilize Pakistan and enrage the Pashtun people, who live in both countries. The destabilization strategy against Pakistan, is in large part a play against China, a traditional ally of Pakistan, and presently involved in financing a multi-billion dollar port project in Quetta, Pakistan. Ongoing chaos is also used as the justification for US presence in the region. Problem, reaction, solution.

I have not seen a scintilla of evidence against any of the people who have been bombed with Predator drones in Pakistan. Mere assertions from our mendacious government or the thug Leon Panetta (as cited by Betty in her letter) about "terrorists" residing there are not sufficient justification for me to have these killings done in my name. Further, even if you believe the "terrorist" story regurgitated by Rep. McCollum, Predator drone bombings are a destabilizing force in a country that does indeed possess nuclear weapons. A good way to get nuclear weapons into the hands of rogue folks who might want to use them is the bomb the hell out of the country in which the nuclear weapons are present and anger the civilian population with these bombings.

It's mental deficient people like Betty McCollum who most certainly do not belong in Congress.
Posted by Nathan M. Hansen at 11:15 AM 23 comments: